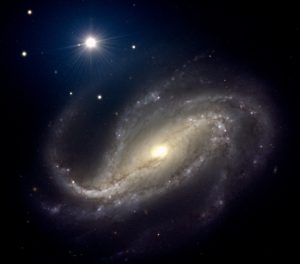 Together with his former colleague Mark Neeser, Peter Barthel produced several well-known astronomical photographs, using multi-band exposures with the FORS Camera of ESO’s Very Large Telescope. Three of these appeared together in ESO’s web release Three Dusty Beauties, whereas another one – the Sombrero Galaxy, Messier 104 –  features in the top page of the website you are currently reading. The relevant web release is Fine Shades of a Sombrero. Several of these VLT images appeared as NASA’s APOD, Astronomy Picture of the day, such as Messier66.